Lydia has a background in peace and conflict resolution, leveraging this expertise within the conservation sector for improved social governance. She is passionate about social justice, sustainability, and community resilience and works actively on these issues in a personal capacity.

Sustainable Solutions Come From Those On The Ground 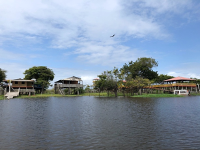 Amazon rainforest. Now I realize I am fighting for humanity.” – Chico Mendes

Earlier this year, at a time when life was yet unscathed by COVID, I traveled to a small city in the Brazilian Amazon for my work. The focus of the trip was a workshop with my organization’s local staff and partners on approaches for managing and transforming conflict in their work. The region is no stranger to violent conflict, as you all too well know. Global Witness documented 24 environmental defenders killed in Brazil in 2019 — that’s nearly one person murdered every two weeks.

I felt that the approach I came to share, how to use apply a conflict-sensitive lens in conservation practice, combined with the methodology of a local facilitator who would teach restorative justice circles, would be useful tools for environmentalists working in one of the most challenging contexts for this type of work. Yet as with the outcome of many of my travels, I found that I had far more to learn from those I came to teach than I could possibly offer in return.

Early on during the facilitated peace circles, participants spoke at length about their challenges as rural workers and conservationists combatting challenges like the growth of agribusiness and rancher incursions. These activities are major drivers of deforestation in the region, which if unchecked, could drive the forest to an unprecedented “tipping point” that may cause irreversible changes to life in the Amazon and beyond. Yet over the four days of the workshop, this silent yet looming shadow went unspoken. Participants focused instead on the more present challenges they face—immediate threats not only to their environment and livelihoods, but to their very lives.

One woman shared her personal story of being routinely under threat as an unrelenting union leader advocating for rural workers’ rights. While unyielding and willing to endure the price of her advocacy, she was left in anguish upon seeing how this burden would instead be borne by those she sought to help. After defiantly attending an event at which she was warned she may be killed, she departed early to heed some caution. When gunmen later stormed the rally and could not find her, they left an unsparing warning instead: they burned the homes of 25 workers from the gathering. Like others at this workshop, she nonetheless re-emerged and persisted in her work after mourning this tragedy.

Such is the difficult context in which, decades earlier, Chico Mendes exhaled perhaps his most famous words: “ecology without class struggle is just gardening.” Western environmentalism emerged from a vision in which nature conservation and human activity were seen as mutually exclusive. The former must be preserved and sheltered from the latter so that the beauty and abundance of nature can endure. Such a politically agnostic perspective continues to drive much conservation practice, embodied by the “fortress conservation” model that is now recognized as enabling human rights abuses in many contexts. This is not a sustainable solution. The social and the environmental cannot be divorced, as Mendes expressed before he — like far too many others who followed — paid with his life. If the factors that drive overconsumption and environmental mismanagement intersect with many of the same factors that drive social and political ills, shouldn’t they bear common solutions?

The workshop, while initially framed as a skills building event, became instead a testament to the power of solidarity and connection. Moreover, it bolstered the participants with a renewed sense of drive for their work. During the workshop, one particular participant sought me out quite often. He wanted me to seek out a native English teacher who could come and teach in the community where he leads turtle conservation work. Many in the community, he explained, hunt turtles for consumption. While once a sustainable cultural practice meant for sustenance, it has since become a source of income at the local market that has driven over-harvesting and poaching. His hypothesis: if local children learned English they would become interested in the world beyond their community. They would develop a deep pride in their natural wealth and understand that turtle hunting is frowned upon elsewhere, creating a long-term cultural shift that may allow the species to recover. The solution was forward-looking and earnest. With a helping hand from far afield, perhaps in a post-COVID world, it may be possible.

At the conclusion of the workshop, one participant, a law student trainee, shared her memorable take on the task at hand: “We cannot forget that we have the answers to these challenges . . . We may get frustrated, but we cannot become paralyzed.” It affirmed for me the hope that those 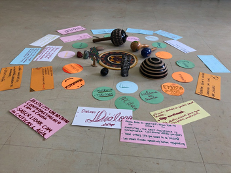 who live and even bleed from the challenges of this work have solutions that are likely to be far more sustainable than any driven from outside. They can and should be the authors of their own narrative. In driving their own agenda, perhaps with a supportive stance from those from afar who are well positioned to lend it, they can achieve outcomes that benefit their communities and beyond.

This is the aim of Nature4Justice and it’s one I believe will rise to the challenge of our times.

“We strongly believe that the protection of forests, the lives of local families, and their connection to the outside world are not

Nature For Justice is focused on vulnerable populations impacted by the climate crisis and we are guided by science.  A recent excellent

Today, we face four catastrophes at once: 1) the COVID-19 pandemic, 2) climate change, 3) institutional racism, and 4) political polarization and