My Nature For Justice colleague, Kevin Bryan, posted a blog and video last week on equity and justice and it reminded me of my ‘aha’ movement which set a direction for my career: destroying nature undermines any efforts for equity and justice.

The first time the severity of unsustainable farming practices and the importance of forest conservation truly hit me was in the early 90s when I was working in Nigeria. I was touring the Southeast, one of the most densely populated areas in Africa, where I witnessed an entire village disappearing into a gully.  I’d seen gully erosion before, but not on that scale. It was more of a ravine – over 50 meters deep and 500 meters wide – and I could see down to the bedrock.  It was as if some giant hand had grabbed a tablecloth and tugged in from one corner dragging all the settings over the edge, only the tablecloth was about five hectares of topsoil, and the plates, cutlery and glasses were houses, schools and churches.

There was clearly nothing that could be done to save the village and with the topsoil gone, it was obvious that the area would be uninhabitable for generations to come, if not forever.  When I asked some local people what had caused the damage, they said that for many years the gully had only been small, gradually getting a bit larger and deeper, but no one paid it any attention.  Then unusually heavy rains came a few months earlier, suddenly gouging the gully much deeper and then the sides started collapsing and widening faster and faster, pulling new buildings down into the pit every day.

Some examples of gully erosion in Southeast Nigeria, although not the actual one that I saw many years ago can be found here and here:

While the village was on a slope, it wasn’t a steep incline. However the village’s population had been expanding, and new farms had recently been cleared uphill from the village in an area that was formerly a forest.  The increased runoff from those farms triggered the chain of events that led to the whole community being abandoned with many of the residents having to move to urban areas to look for other employment.

The shock of the damage was all the more jarring as I was returning from visiting Cross River National Park on the border with Cameroon, one of the most pristine and biodiversity rich areas of the country. There I’d seen magnificent primary rainforest but also the incursion of new farming communities into the “buffer zone” of the park area – all on much stepper slopes than the disappearing village. The park was only a few hundred kilometers away from the village and I remember thinking at the time that unless more sustainable practices could be promoted to improve farmers’ livelihoods, it was highly likely that other communities in the area would suffer a similar fate, and that Cross River National Park and some of the other few remaining pristine areas in Nigeria (and elsewhere) would come under growing threats within a generation or two.

As I drove back to Lagos and mulled over what I’d seen, I decided that working on rural economic development without factoring in natural resource management and environmental conservation wasn’t viable and that a more holistic approach was required. That was an early, important part of my professional journey that has culminated in the recent decision to help create Nature For Justice.

Those same threats continue today and are being exacerbated by climate change which is resulting in more extreme and erratic weather events. Nature For Justice seeks to work with local partner organisations to support smallholder producers to implement Nature-based Solutions to climate change and the other challenges they face.  We believe that through the use of more sustainable practices and improved access to finance and markets these producers can improve their livelihoods and also protect and manage natural resources so that they and their children can stay on the land and also become effective stewards of nature and its resources. 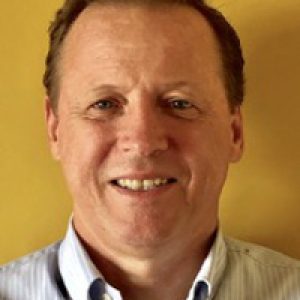 Frank has over 30 years of broad expertise in international development as a senior manager, board member, and consultant with leading NGOs, foundations, and impact investing funds. He is based in Costa Rica, formerly in West Africa, Asia, and the US.

My passion is the sustainable commercialisation of Southern African indigenous plant resources to generate positive social, economic and environmental benefits. When the

Over the past several weeks, we at Nature For Justice have begun to build our nascent efforts to support existing African American