An engineer who later got a business degree to achieve social and environmental justice through existing economic structures. He’s started or built many organizations and projects. Hank lives in Falls Church, VA, with his wife and is an avid bee-keeper.

In the last story on my venture in Papua New Guinea I spoke of the known and unknown risks associated with starting something new.

A type of known risk – and one worth taking – is inviting a broad diversity of players to join your effort as you create a “Big Tent:” a place where a diversity of cultures, experiences, orientations, and motivations brings strength to a common purpose.

The Forest Stewardship Council (FSC) was created in 1993 with diversity in mind as it established social, economic, and environmental principles and criteria for assessing responsible forest management. During the late 90s, the FSC in the United States was in trouble. It was bankrupt, had no staff, few US members, and a US timber industry association with no interest in seeing the FSC create a foothold in the country. A group of foundations recognized that attitudes were changing toward embracing responsible forest management and encouraged me to apply to become the FSC-US President. I was hired by the FSC-US board, and a group of foundations provided strong support over the ensuing years.

But while having some resources kept bankruptcy at the door, it did not bring a diverse set of people and organizations into the Big Tent we aspired to build. Thankfully, I had some talented business partners (Home Depot, Collins Pine, and SCS, among others) who brought their companies into the FSC fold. They were matched by individuals from nonprofits, including WWF, The Wilderness Society, Rainforest Alliance, and Greenpeace. A key to success in having such an eclectic mix of organizations is having clear and transparent processes to build trust. I’ve never been much of a process guy, but I’ll embrace process when it’s the right strategy. The FSC processes were challenging at times, but when you bring parties together that have historically been unable to work together, having a well-defined, transparent process helps. If you don’t like the process, fine. Come back when you change your mind.

Ultimately, the FSC’s success in North America was a function of the messy business of keeping organizations in the Big Tent and having to commit to holding it in place. The diversity of players with a common goal was essential. Many outsiders tried to “blow the tent over,” but the Tent remained, and the FSC ultimately thrived. Its success was tightly tied to its diversity and the willingness of everyone in the Big Tent to work toward the shared goal of socially, environmentally, and economically vibrant forest management.

A more recent example is my time leading Conservation International’s Center For Environmental Leadership in Business. The Big Tent we aspired to build was a diverse set of companies committed to addressing the climate crisis. The oil and gas industry was one of the many industries we engaged with, and it had an especially high profile in the climate crisis given the industry’s history. Our attitude was that in order to address climate change, biodiversity loss, and the impacts on local peoples, we had to invite everyone in, particularly those that could drive the most needed change. But there was a caveat: there was a “price of entry” for being included in the Big Tent.

Our strategy for the oil and gas companies was to allow them into the Tent if they met certain criteria that we set. The standards were not static, and we expected continual improvement. For all the oil and gas companies, it was clear there was a continuum of performance on important social and environmental issues. Our job was to set targets and minimum standards for admittance. These criteria enabled us to separate the leaders from the laggards and, as much as one NGO can, create movement as companies commit to change.

We were routinely criticized for being sell-outs, soft on industry, or not asking for enough. But when given the choice between progress and purism, I’ll take progress. Is creating a Big Tent always the right strategy? Maybe not. But having an option for everyone involved creates choices: “Should I be in or out?” The goal is movement, and having the in vs. out option has always allowed me to use the voices on the outside to have those on the inside listen more carefully.

Why is this relevant to Nature For Justice?

Our goal is to build on our strategy of having strong national-level NGOs as our lead partners and for each of them to create a Big Tent within the programs that we work on with them.

BThere may be instances where we have to define a clear process for engagement with those stakeholders to build trust, and we’ll certainly have minimum standards for joining. ig Tents welcome and build for diversity. We draw strength through a variety of views, skills, and experience. In the case of N4J, diversity will deliver justice to those feeling the impact of the climate crisis.

That’s the strategy. Stay tuned to see if it works. 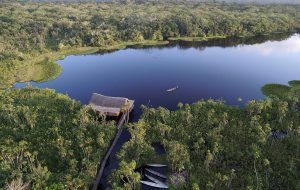 Sustainable Solutions Come From Those On The Ground 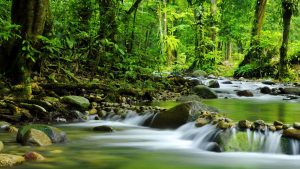 Flipping The Switch On Equity And Justice In Conservation And Development

Looking to the Past to Inspire the Future of Cocoa Agroforestry

There are few places on earth where I feel more relaxed, refreshed and joyful than when walking through cocoa farms in Ghana.

For news about our plans and projects